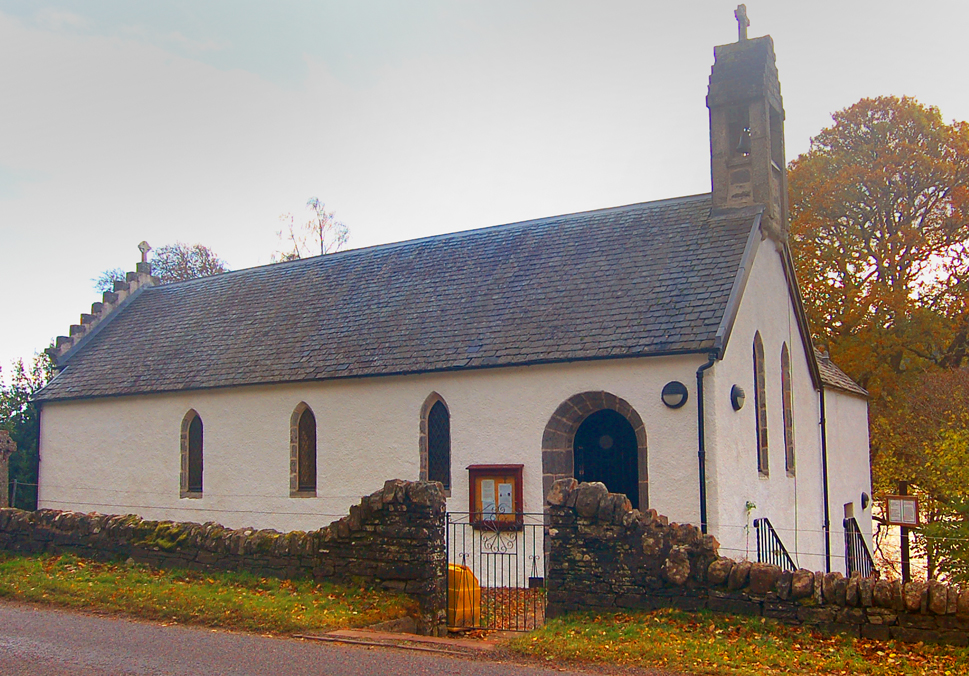 Who was Saint Ninian?

Many people ask about the dedication of our church. Who was St. Ninian? Why is this church dedicated to him?

The first question is easier to answer than the second. Many people think that St Columba brought Christianity to the country we now called Scotland, he has even been called ‘spes scotorum’ – the hope of the Scots; but when Columba arrived on Iona from Ireland in 565AD, Christ had been worshipped in this land since the arrival of Ninian in 397AD, almost 200 years earlier, and possibly even before. But the monastic site which Ninian founded at Whithorn in Galloway is the earliest Christian monastic site we know of. It is widely accepted that Ninian (or Nynia) was the son of a chieftain in Cumbria who had converted to Christianity and who had brought his son up in that faith. Nynia went to Rome to study – the Venerable Bede (writing in 731AD) tells us that Nynia was ‘a Briton who had received orthodox instruction in Rome in the faith and the mysteries of the truth. His episcopal see is celebrated for its church, dedicated to St. Martin (Martin of Tours) where his body rests, together with those of many other saints. This place is commonly called Whithorn – the White House – because Ninian built a church of stone there, using a method unusual among the Britons’(1).

In the book ‘St. Ninian – Light of the Celtic North’, Mosa Anderson tells us that Ninian was ‘a man uniquely qualified by circumstance and natural bent for his apostolic mission. When he returned (from Rome) he had a double commission, to work as bishop among his own British people, correcting faulty faith, and to take the message of the Gospel to a people which had not yet heard it, no doubt ‘The Picts’’.(2)

Ninian’s monastery at Whithorn became famous as a seat of learning and also as a training centre for the monastic and priestly life(3) attracting students and novices from Wales, England and especially Ireland, as there was at Whithorn a library where there were ‘books for copying’. How far Ninian travelled in his capacity as bishop is unclear – these were the days before parishes and sees. Bede tells us that ‘the Southern Picts’ were converted by Ninian (but as Ptolemy had the wrong orientation on his map, this would have been the west coast of Scotland, north to the Clyde and then inland) but place name evidence seems to suggest that he or his followers were active in the east, too, moving as far east as Stirling, via Glasgow. Was Ninian ever on Loch Ness? I can find no evidence. It has been suggested that place names in Glen Urquhart indicate that he was here, but those assertions have now been discarded, as the names referred to are Gaelic and ‘may for the most part have been introduced into these regions by the Gall-Ghaidhil (therefore) they are no earlier, possibly considerably later, than the tenth century (and that) the Glen Urquhart dedications are of only comparable antiquity.(4)

Ninian’s monastic site at Whithorn is the oldest known Christian site in Scotland. His place of retreat was in a cave now called Ninian’s Cave on the beach at Physgill near the Isle of Whithorn, where there are very early crosses carved into the rock walls. The museum of early carved stones in Whithorn is a national treasure, much underrated, but well worth a visit. The site was thoroughly excavated from 1984 -1991(5).

So why the dedication? Who knows? Perhaps there is a long folk memory of ancient sites carrying the dedication, perhaps it was because of a particular affection on the part of someone involved in the building of the church. The feast day of St Ninian, who died c.432AD, falls on 16th September, when we remember ‘the Apostle to the Picts’ and the richness of Scottish Christian history.

(5) HILL Peter Whithorn and St Ninian – The Excavation of a Monastic Town Sutton Publishing, Stroud (for the Whithorn Trust) 1997